The Stand-down is back! Join us  Saturdays in September at 6pm at The Spot (Montrose and Broadway)! See Chicago’s funniest comedians and try out some of your best material at the open mic that follows! $5 gets comedians there first drink (select beers/cocktails) and entrance. Coming to watch? $5 ticket! Only 15 slots available, so come early. Registration starts at 5:45pm. 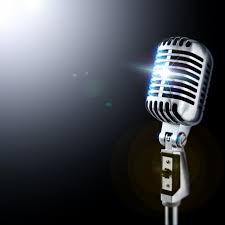 The Stevens Family, infamous for showing up uninvited, were actually asked back by the Skybox Theater to do another run. Don’t mess this up for them! Come see the best improv Rednecks can muster on Fridays at Midnight at Donny’s Skybox.

Don’t know how to Improv? Watch the Stevens Family show you how!

Join Thorpedo Productions at The Upstairs Gallery every Sunday in September at 7pm to see some of Chicago’s funniest Improv Groups and Stand-up comedians compete for the Thorpedo Trophy and lots of free T-shirts with their names on them!!

Each Sunday, three improv teams will vie for the audiences vote to compete in the Finals on September 25th. Three stand-ups will take the limelight between improv acts and bring enough funny to move  forward in the comedy-tition.

Improv Groups The SC Improv Brigade,  The Freshmen, The Dandy Lions,  The Crocodile Players, Jack and Ever and more!

Drew Current, Alex Mack, Keri Mack, and I made this short a year ago and it is still my favorite. We were told to stop screaming because there was a show going on right next to us. Oh, the good ol’ days.

After this run, the group will be moving to The Upstairs Gallery in Chicago’s Andersonville on Sundays at 7pm for the month of September. This event is a BYOB!

Come support Chicago’s biggest group of Hillbilly improvisers as they mouth of and break shit!!

Join Thorpedo Productions in welcoming the stellar cast of Neighborhood Watch, a fun live-sketch show coming to Donny’s Skybox in Chicago on Sunday, September 4th, at 10am. This show aims to treat the audience as if they have walked into a real Neighborhood Watch led by some overzealous neighbors. Check out the video below for more details!